How to help frogs spawn survive in a pond

Frogs return to the pond in Spring and leave frog spawn 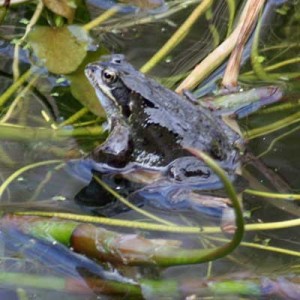 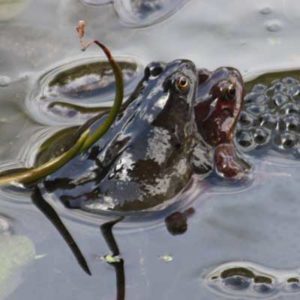 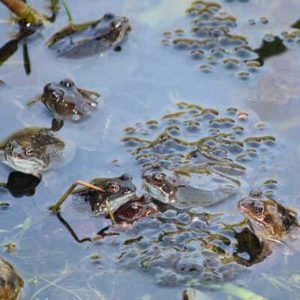 A mass of frogs and spawn 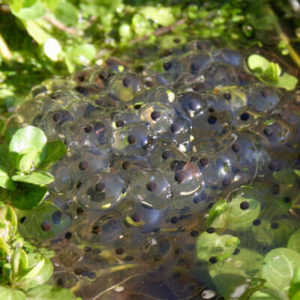 one clump of frog spawn

Freshwater Habitats Trust (formerly Pond conservation) ask pond owners to take part in the Big Spawn Count every year to see how many clumps of spawn appear in your pond so they can see how many breeding females are reported.

Our pond had over 40 frogs in it one year and they made at least 15 balls of spawn which soon merged together as a swollen mass of jelly to protect the eggs.

The juvenile frogs not yet capable of mating (3 years old) may appear in the pond too.

Froglife (the wildlife charity for conservation of amphibians and reptiles) advise that frog spawn is not taken from one pond to another to help control the spread of invasive pond plants and amphibian diseases.

Around three weeks after spawning the tadpoles hatch out from their eggs. 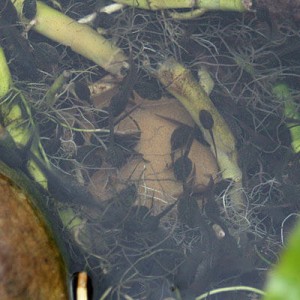 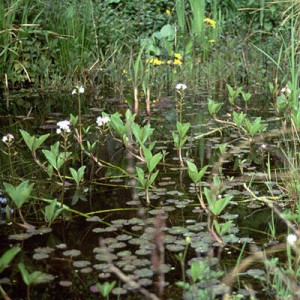 Good use of plants for protecting frogs and other amphibians

Ranavirus - Adult frogs can be affected by Frog red leg disease. On hot days between June and August at temperatures above 25°C  you can find a large number of dead frogs in a short space of time . The frogs are often thin and lethargic before death.

For related products - see below: